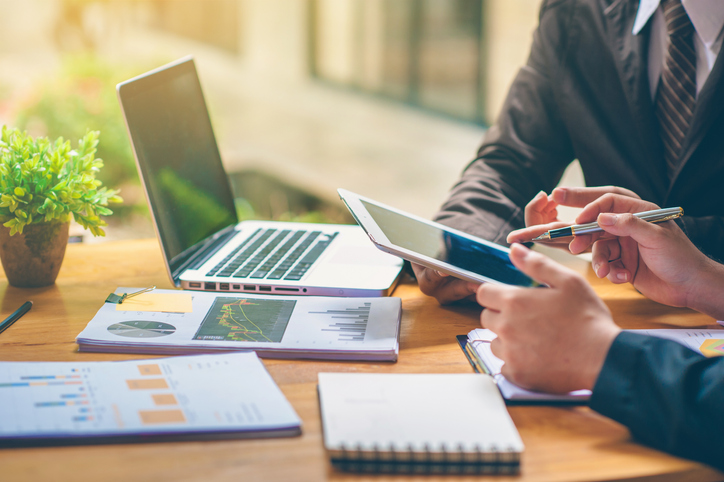 The latest gross domestic product (GDP) figures showed that the UK economy grew strongly in the second quarter, although more recent survey evidence does suggest the recovery is losing momentum.

Data published by the Office for National Statistics (ONS) revealed the economy grew by 4.8% in the second quarter of this year, fuelled by expansion in the retail, restaurant and hotel sectors. Despite this growth, the economy remains 2.2% smaller than it was immediately before the pandemic struck, although analysts do expect it to return to pre-COVID levels later this year.

Commenting on the figures, Chancellor Rishi Sunak said, “The economy is recovering very strongly, exceeding many people’s expectations. But I’m not complacent. The economy and our public finances have experienced a significant shock. It is going to take us time to fully recover from that.”

GDP growth in the month of June alone was estimated to be 1%, slightly higher than the consensus forecast in a Reuters poll of economists. More recent survey evidence, however, suggests growth may have slowed over the past couple of months.

The closely watched IHS Markit/CIPS flash composite Purchasing Managers’ Index, for instance, fell to 55.3 in August from 59.2 in July. While any value above 50 does still represent growth, this was the survey’s lowest reading since February, with respondents widely reporting constraints on business activity due to staff shortages and supply chain issues across both the manufacturing and service sectors.

Data from two Confederation of British Industry surveys also suggest the recovery may be losing momentum. The latest Industrial Trends Survey found manufacturing output growth in the three months to August eased from the previous month’s record level, amid the worst stock shortages on record, while the Service Sector Survey showed optimism among firms was ‘mixed‘ in the three months to August.

Despite raising its near-term inflation forecast, the Bank of England (BoE) has again reiterated its expectation that any price pressures emerging this year are likely to prove short-lived.

At a meeting ending on 4 August, the BoE’s Monetary Policy Committee (MPC) voted unanimously to leave interest rates unchanged and to maintain its existing economic stimulus programme by a majority of seven votes to one. The minutes to the meeting also stated that ‘some modest tightening‘ of monetary policy was likely to be necessary over the three-year forecast period, preparing the way for a gradual reduction to the Bank’s substantial bond-buying programme.

Following the meeting, the BoE also provided an update on inflation prospects, warning that the annual rate was likely to hit 4% later this year. This is significantly higher than the previous forecast produced in May and double its 2% target. However, the Bank reiterated its belief that this jump will be a temporary phenomenon and that, in two years’ time, inflation will have fallen back to just over 2%.

Ironically, the latest set of price statistics, released a couple of weeks after the MPC meeting, revealed a slowdown in the rate of inflation. According to ONS data, the Consumer Prices Index (CPI) 12-month rate – which compares prices in the current month with the same period a year earlier – dropped to 2.0% in July. Although analysts had predicted a fall from June’s 2.5% figure, the decline was sharper than expected.

While the slowdown occurred across a broad range of goods and services, some of those comparisons reflected a significant hike in prices last July, as the economy emerged from the first lockdown. Despite July’s fall, the consensus amongst economists continues to concur with the BoE’s thinking, with inflation expected to rise again over the remainder of this year.

Although many major indices dipped on the last day of the month, they largely finished August in positive territory. In the US, the Dow Jones ended the month up 1.22% to close on 35,360.73 and the NASDAQ recorded a gain of 4.00%. On 31 August, US stocks slipped from record highs reached the day before, as investors grew more concerned about the surge in Delta variant cases. Prior to that, market confidence was supported by the Fed Chairman’s announcement that interest rates would not be raised immediately following the tapering of stimulus and would only be changed once inflation is under control and the US economy approaches full employment.

In the UK, on 31 August the Lloyds Bank Business Barometer revealed business confidence has risen to its highest point in over four years, as growing optimism is fuelled by expectations of stronger growth in the coming year. Travel stocks were negatively impacted at month end as the latest travel announcement saw many popular tourist destinations remain on the amber list. The FTSE 100 ended the month on 7,119.70, a gain of 1.24%. The mid-cap FTSE 250 index closed on 24,102.19, a monthly gain of 5.09%. The Junior AIM index closed on 1,292.99.

The Euro Stoxx 50 gained 2.62% in the month to end on 4,196.41. In Japan, the Nikkei has been hovering around 28,000 over the past month. Despite Japanese companies reporting positive outlooks, the spread of the Delta variant hastened concerns of an economic slowdown. The Nikkei 225 gained 2.95% in the month.

Gold is currently trading at around $1,814 a troy ounce. A weaker dollar supported gold prices at the end of the month. At least 2 million barrels a day of oil refining capacity has been affected by the passage of Hurricane Ida. With oil refineries still assessing the impact on operations, Brent Crude is currently trading at around $71 per barrel, a loss of 4.81% on the month.

Although official figures suggest average earnings are now rising at their highest rate since records began 20 years ago, survey data continues to tell a different story.

According to ONS data, average weekly earnings including bonuses, rose by an annual rate of 8.8% in the three months to June. However, the statistics agency has been at pains to point out that these figures are being skewed upwards by the effects of the pandemic.

ONS Deputy Statistician Jonathan Athow explained, “This time last year we had millions of people on furlough, many getting 80% of their wages, other people having their hours cut, and that pushed wages down. So, when we look at wages this year, when people have come back from furlough, it’s really been boosted by the fact that last year wages were quite low.”

As a result, interpreting the data at the moment is proving to be extremely difficult. Furthermore, industry surveys continue to report relatively little sign of strong upward pressure on wage growth. Data from XpertHR, for instance, recently suggested the median pay deal offered by major British companies in the three months to July was 2%, unchanged from increases seen across the previous few months.

According to ONS data, government borrowing in July totalled £10.4bn. While this was the second-highest July figure ever recorded, it was nearly half the level of the same month last year and lower than analysts’ expectations. It also left the fiscal year-to-date budget deficit £26bn below the Office for Budget Responsibility’s most recent prediction, reflecting stronger receipts and lower spending than was forecast in March.

Responding to the figures, IFS Research Economist Isabel Stockton said, “Borrowing has been falling since April and falling faster than expected at the Budget.” However, she also said the figures were “still high” compared to long-run averages and suggested the Chancellor’s “coming Spending Review will still require some very difficult decisions.”

One spending pledge that looks set to be diluted is the ‘triple lock’, which guarantees State Pensions rise in line with the highest of earnings, inflation or 2.5%. Comments attributed to the Prime Minister’s spokesperson last month suggest the government now recognises “legitimate concerns about potentially artificially inflated earnings impacting the uprating of pensions.“

It is important to take professional advice before making any decision relating to your personal finances. Information within this document is based on our current understanding and can be subject to change without notice and the accuracy and completeness of the information cannot be guaranteed. It does not provide individual tailored investment advice and is for guidance only. Some rules may vary in different parts of the UK. We cannot assume legal liability for any errors or omissions it might contain. Levels and bases of, and reliefs from, taxation are those currently applying or proposed and are subject to change; their value depends on the individual circumstances of the investor. No part of this document may be reproduced in any manner without prior permission.